NOW PLAYING IN THIS BLOG 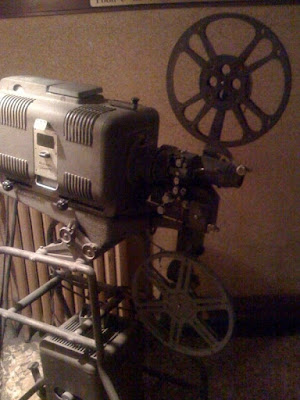 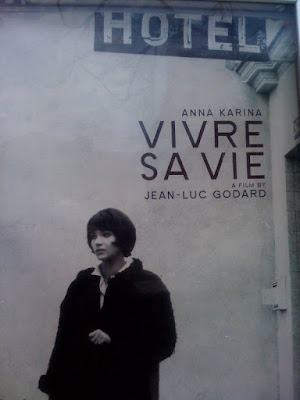 I'll be out of Chicago until the first week in May attending Bloundhound Unchained in Phoenix. It's all about web-centric real estate for the new millennium and how I can be more digitally attuned to your needs so it almost goes without saying, I'll be a desert wanderer among RE Web 2.0 geniuses. Hopefully, cyber-osmosis will be in order. Meanwhile, for your perusal, I've updated my following sites and tweaked the Archive pages a little (just in case you miss me). They are all hyper-linked so just click and smile. Also, my Chicago Top Ten Real Estate Deals link for May should be up by this weekend.

Posted by GenoPetro.House at 11:43 AM No comments: 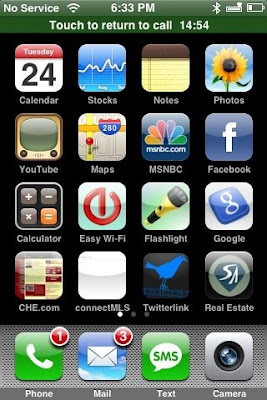 Posted by GenoPetro.House at 3:00 PM No comments:

Hey Chicago Real Estate Peeps: my gift to you 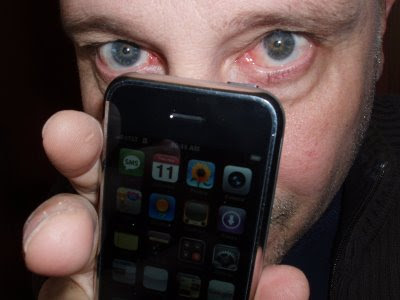 CLICK HERE or scroll down my side bar to the right for your free cell phone Chicago MLS application (powered by Smarter Agent). It's GPS and very, very cool. Check out real estate listings wherever you are in Chicagoland (or Northern Illinois). Just follow the easy instructions on the landing page. I'm picking up the monthly bill for all my readers.

(ps...your phone doesn't even have to be that smart)

Posted by GenoPetro.House at 9:47 PM No comments: 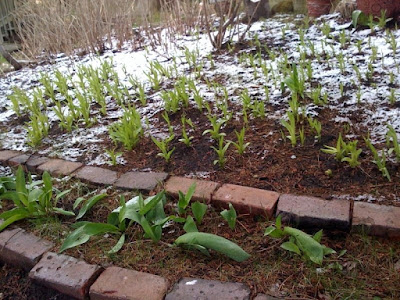 Yes, I awoke to a sheer blanket of snowy gauze on my side yard crocuses and granted, there was a bit of chill in the air, but cancelling the south side Chicago White Sox home opener? Come on yooz guys. Man up, howaboutit. Let's play some ball (or at least fill some potholes) so the Streets and San men can get put down the Italian beefs and get back to work and this windy city can get moving again. The freeze might be here but Spring training is over. Time for the real season to begin.

Posted by GenoPetro.House at 3:39 PM No comments:

He's Back! (in historic Oak Park) 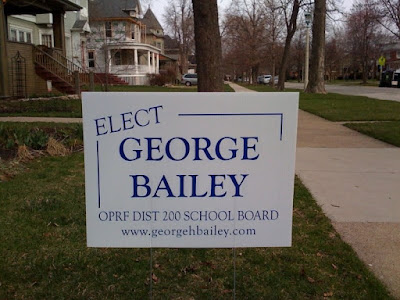 "I'm shakin' the dust of this crummy little town off my feet and I'm gonna see the world."

GEORGE BAILEY in It's A Wonderful Life

I was strolling along a side street in Oak Park this morning when I came upon a yard sign with...'the name.' I felt a twinge of contempt for my Banker and sensed a sudden urge to leap from a bridge. Then not. (As everybody already knows, I can't swim.) From the corner of my eye I thought I caught a glimpse of Clarence but when I turned for a closer look, he had vanished... into angel dust. I heard church bells ringing in the distance. My client was due to arrive at any moment. I looked up to the sky and waited for the snow to begin falling. Post-World War II Bedford Falls at Christmas time and early April in Chicago during any era have at least that much in common.

The Frank Capra (uncolorized cut) sidewalk I stood on was circa 1940s Midwest personified. I framed the above posted yard sign, snapped my ironic shot, and decided to hug my wife when I got home this evening. After all, she "could have married Sam Wainright, or anyone else in town..." and she's a lot hotter than Donna Reed ever was.

I guess what I'm trying to indirectly say, without stating the real estate obvious, is that Oak Park, Illinois, is one of the most beautiful towns anywhere in the Midwest. It's a Chicago bedroom burg where Prairie style meets Mission meets Victorian architecture. It's a fusion of the Past and the Now. It's a town where, in the year 2009, a fellow named George Bailey is actually running for office. And there, my friends, is at least one happy ending just waiting to happen--at least the way this Chicago realtor sees it.

Posted by GenoPetro.House at 3:48 PM No comments: