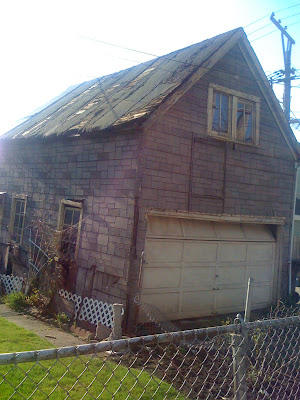 An earthquake measuring 5.2 on the Richter Scale (the 'It' source when it comes to earthquakes from what everybody says) hit downstate Illinois last Monday with an ensuing aftershock that actually shook the house I live in, 200 miles north in Chicago (not pictured, thank you). This was exactly three days after a 125 pound wild cougar was shot in a nearby neighborhood alley by Chicago police and one fateful day before 20 separate people in 20 separate incidents were shot in a single weekend with handguns on the city's South side. Correction: a few were actually gunned down with an AK-47 which, from what I understand, is more of an assault rifle than a handgun. But what do I know? I only own a baseball bat and a big dog.

The City of Chicago owes me $4300 for an overpaid Property Tax Refund and is making me wait 60 days for the "checks to clear" although the semi-annual bill was paid (TWICE) via electronic transfer and deposited into the city coffers instantly. I have receipts with timestamps. I have bank statements.

The Voice in the County Assessors office speaks after finally locating my file:

"Receipts and bank statements don't make a difference Mr. Genoa Petrol, (the way Spellcheck corrects my name according to Kris Berg and others) ...Everybody waits 60 days. Try back in a few more weeks."

"You're kidding me, right?" I say to The Voice on the phone. "You guys didn't wait 60 seconds to post the deposit. Twice."

"This is the City of Chicago, Mr. Petrol.... Why would I be kidding?" The Voice has the last word.

My Mini Cooper hit a pothole the other morning on Elston Avenue that cracked my head on the glass sunroof and almost shoved the engine up into my lap. I called the City of Chicago Streets and Sanitation number to report the crater. I was put on hold for 10 minutes before getting transferred to The Voice. I hung up.

I'm currently involved in a deal where the buy-side attorney thinks he's prosecuting the Monkey Trial. His paralegal (the real attorney is too busy lawyerin' to take my calls) tells me that 'Realtors' involved in the deal are not the clients of the attorney and thus, are not privy to to all the super secret, very classified, inside information concerning a single Xerox copy of a Water Certification document that I need for my files. Her advice to me was to call the City of Chicago. Which I did...

I called them and told them that I believe the Richter Scale earthquake damaged a structure on my street and could they please send someone out to take a look (see above picture). Now I'm fairly new to the community but neighbors tell me that the delapidated building, (a garage actually) has been in that same lean-to condition for at least 15 years. A mean dog chased me away before I made it to the alley for a sharper angle snapshot (with much more daylight coming through the roof). It was either a dog or a cougar, I'm not certain.

While on the phone I also asked how the cop who shot the other cougar was faring emotionally, inquired about the pothole/sinkhole on Elston and whether or not a baseball bat needed to be registered as a weapon (see The Untouchables). I mentioned that I did have a valid license for my dog, however. I asked if they could check how the Water Cert documentation was coming along for my Supreme Court case studio apartment deal, and also inquired about a certain missing, lost in cyberspace, $4300 Property Tax Refund with my name on it. I got transferred a half dozen times until finally...
The Voice, "Mr. Genoa Petrol...is that you?"

Posted by GenoPetro.House at 7:39 PM No comments: 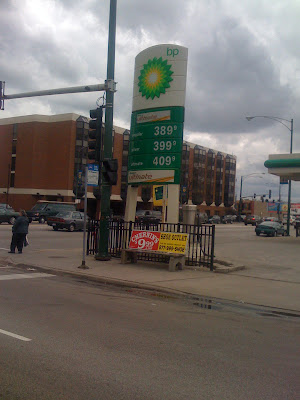 First thing, the sky is very gray--the weatherman says it may thunderstorm tonight. Secondly, the red and yellow advertisement on the bus stop bench at Clybourn and Ashland avenues indicates shoes can be had for $9.99. Lastly, Premium gas is $4.09 per gallon--and rising. I'm not even going to mention what else they are reporting on NPR this morning but I'll give you a hint; marshmallows and fairy dust are not in the week's forecast and traffic is, as always, unbearable.

We should have seen this coming. I took the above snapshot only as an ex post facto exercise; simple documentation of an end result of existing fiscal uncertainty in our marketplace. To the untrained urban eye, the image is nothing but a typical north side Chicago intersection on a typical weekday morning. But for those of us in the know-- in other words, those of us who stayed awake during high school Economics class back in 1975--the picture validates what disheveled Mr. Finkle (Sprinkle Dinkle Wrinkle Finkle) in his short sleeve shirt and too-short soup stained necktie tried to warn us about; that according to the pre-printed Lorenze Curve on the back of his laminated pen protector, milk and gasoline would be $5.00 a gallon by the next millennium- a mere 25 years down the road at the time. A loaf of bread, too. Houses would become unaffordable to all but the very wealthy and pollution would kill all the birds and trees. China would rule the world, said he.

Personally, I couldn't care less at the time about any of that. I vaguely recall raising my hand and asking if the pen protector protected the shirt from the pens or the pens from the shirt. After all, five bucks filled up my VW in those days and bought a pack of smokes to boot. High finance meant burning one in the parking lot before class. Still, somehow, the concept stuck in my memory bank along with Meritime Influence, Supply and Demand, and how to recite that ridiculous Middle English Canterbury Tale, "...The droghte of March hath perced to the roote.." thing. Public school education, to be sure.

You see, I knew the price of gasoline would someday hover around where it is today. Mr Finkle told us as much back in the 1970s. And milk? We drank the powdered version at home when I was growing up so the liquid, or anything that resembles it, never touches my lips to this day. I know Lake Michigan will stay cold until July and warm until October (relatively speaking) and what goes up doesn't necesarily come back down. The birds and the trees are on their own--hopefully God will step in on that issue.

Chicago is gray 6 months a year and traffic is always unbearable, this we all know. I am even wrapping my mind (and business plan as a Realtor) around the whole unaffordable housing concept although foreclosures in my particular market have only increased a little above the norm and condo sales, if not brisk, are certainly occurring at a predictable pace. What I wasn't prepared for, and what caught my attention to begin with, is shoes for $9.99. Now that, in my estimation, is something to worry about. That, and possibly China.

Geno Petro
Posted by GenoPetro.House at 9:12 AM No comments:

Having a great group of office mates to work with (and pull my leg)...priceless. Oh wait, that's the other company. What's in your wallet? No...that's not them either. Anyway, I don't leave home without it. And that's the Word on this Chicago street. 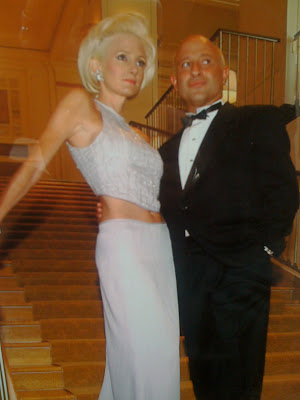 I feel thrice blessed as I enter the second quarter of the business year on this, the first day of April, 2008. No kidding, punchlines, or April fooling around. The sensation I am enjoying this day is one of good old simple gratitude.

For starters, Denver Colorado's Todd Carpenter featured me this past Monday on his Blog Fiesta! Blogger Spotlight series. That was certainly an unexpected honor; to be interviewed by another blogger whose work I admire. I now stand alongside some very good company in his sidebar.

Later that same day, a deal I wrote about just before Easter weekend that was going sideways in quick fashion, regained its cosmic balance and came together like 'peas and carrots' on settlement day. It was raining all kinds of farm animals outside the title company and the wired funds from the Fed were lost in cyberspace for the better part of an entire day but the transaction limped across the finish line and Closed by 6 PM. Everyone left the building on speaking terms and all mixed metaphors aside; checks, keys, and well wishes were exchanged and all animosities, put to bed for good, by sunset.

And finally, this morning I arose to find that indeed, the Sun does also rise and that the latest Bloodhound Blog Odysseus Medal was awarded....Alas! The trifecta! Greg Swann awarded it to me! And just to add a touch of dramatic irony, the piece was entitled, Geno's Wrong (bang a gong).
And ....as if sheer momentum, good fortune and mere praise by my peers is not enough, I am simultaneously typing these words and preparing an Offer for a client referral on a Wrigleyville condominium scheduled to close about the time the Diamondbacks hit town in mid-May to get charmed by the Cubbies. This way I can bring bragging rights down to the Unchained Conference with me the following week, along with a little spending money for the missus.


So dear universe and all the members of the cosmic academy, I thank you.... The real estate gods like me...they really, really like me...for now.

photo by Mike Kardis
Posted by GenoPetro.House at 7:02 PM No comments: