While awaiting my turn in the checkout line (for the fifth time in as many days) at the Home Depot last Sunday it occurred to me that my wife and I alone probably spend as much money in a single weekend as my parents spent in an entire month raising a family of five. Even after backing out the present day cost of housing which borders on ridiculous, and adjusting the 1967 dollar to the 2007 equivilant, our lack of frugality is pretty close to shameful. We are 'consumers extraordinaire,' us Petros. 'Recycling' in this household means riding a bicycle we paid $900 for, more than once.

My mother used to run the house on around $100 of my father's monthly paycheck so it was Wheaties and whole milk on the 2nd and rolled oats and powdered milk by the 30th. Somewhere around the 15th, the 'milk' became a 50/50 powder solution, gradually increasing to 95% water by month's end. To this day, on the rare occasion I ever touch the stuff, I still shake a milk carton out of habit before pouring. And as far as ground beef goes... well just never mind.

The first house in my memory was a 3 bedroom, 1 bath Levittowner with a carport, in Levittown, Pennsylvania. Millions were built with three models to choose from, all with the same 3/1 layout. Everyone in the extended Petro family has either bought one or lived in one sometime in their (our) lives. Only the fronts of the houses, the color, and how they faced the street distinguished one from one's neighbor as many errant spouses claimed as a defense for Adultery in Divorce Court--or so went the neighborhood joke. "But your Honor, it was dark and I walked into the wrong Levittowner and..."

It was post WWII and the first modern suburban boom was sounding. $9999.99--which computed to $100 down and $69 a month for 30 years at a miserable interest rate--bought at least the first half hour of the not so great American Dream. And it was clear to anyone with even the slightest lick of ambition that the remainder of the Dream involved getting the hell out--which my parents eventually did 10 years later, selliing for a mere thousand more than they paid a decade earlier.

Our new house cost $26,000 in 1963 and was followed immediately by two additional children and the afore mentioned budget crunch. My mother stopped working and became a stay at home mom and in fairly short order I went from privileged Only Child status to the Oldest of Three in a single income household. In other words, it was Fruit Loops and cream to rolled oats and powdered milk in one fell swoop. No hard feelings or permanent damage, though. My sisters and I still shake our milk cartons one leg at a time to this day although the youngest, Liz, claims to have blocked a good portion of her early years completely from her memory.

On the ride home from HD I started to make some mental notes of my current spending habits and how these behaviors are most likely rooted in my past.---Brief Interruption---{Case In Point Number One (CIP#1): I'm downstairs in my home office writing this piece and my wife just calls my cell phone on her cell phone from the third floor of our house in her home office to ask me where I want to go for dinner tonight. Forty years ago I got grounded for using the wall mounted telephone in our Burnt Orange kitchen and if I ever dared to ask where we might be going for dinner that night, I'd probably get double grounded for being a smart ass-- which I was, BTW.} At any rate, I offer the following for your perusal:

* CIP #2: My mother would only drive the most basic of Volkswagons. No air. No radio. Roll-up windows. Stick-shift. Results: Both my sisters and I can drive any stick-shift vehicle of almost any non-commercial size variety with deft ability (my sister Margie can even drive a forklift) but if my car isn't made in Europe and equipped with power everything, I am an unhappy and discontented man.

* CIP #3: The whole living on a budget thing. Results: I check the price of almost nothing before I purchase and would rather throw-up on the table before ever presenting a coupon to a waiter. Even gift certificates bother me a little. I can only tell you in rough estimation what I have in any given bank account on any given day and our monthly American Express bill is so high that I can't remember the last time we ever had to buy airline tickets or hotel rooms with anything but Rewards Points--and we travel quite a bit.

* CIP #4: Housing then and now. Results: What can I say? I'm a Realtor. My wife and I buy places to live like other people buy basic transportation. Hopefully that pattern has been broken as I write this from our new (to us, that is. It was built in the 1890s) house in the Forest Glen neighborhood of Chicago. No, it is not a suburb. Yes, it's still within the city limits although it is an old established bedroom community with the Metra commuter stop (and all that goes along with that) just across the corner of our property line. It was by far, the biggest house on the market for the money. So what if nine hundred tons of diesel train and clanging bells come rolling through all hours of the day and night? One thing is for sure...it will never be mistaken for a Levittowner so all you errant men, stay away from my wife.

*CIP #6: Family Values. Results: I think we're cool in this regard. A little spend thriftish? Maybe. But I truly believe my wife and I both took the best parts of our respective upbringings and integrated them into our present day lives. Neither one of us came from families of great or even marginal wealth. We both have Poverty-era parents who probably spend a lot of their silent time still worrying about money. My wife and I have a list of things from those wonder years that we ask each other and laugh about on occasion:

"Did you have to bring your brown paper lunch bags back home from school each day to use again the next day?"

"Did you have to refold the aluminum foil and bring it back, too? Pickle juice and all?"

"Did you have to drink 'Ting,' the cheaper version of Tang?" (I mean really...how expensive could Tang have ever been?)

"Did you have a 5 gallon keg of ice milk (not ice cream) in your freezer jammed between the rest of the 'side of beef'?"

And of course, my all time favorite: the above mentioned 'shake the milk bottle' scenario. I was talking to one of my childhood friends and his spouse at our 30th Class Reunion a few years ago who apparently had several children of their own. The ill fitting clothes and dull, pale pallor of the squat couple couldn't hide the years of sacrifice they themselves must have incurred. The college tuition alone must have set them back a cool half million. The subject came up in passing.
"Yeah," he remarked out of the blue. "What was with that milk thing at your mother's house?"

I ordered him a top shelf single malt scotch from the bartender to make up for the resurfaced mental picture from decades past and added that apparently his father got paid more than once a month. He didn't say anything. I then turned to my wife, the best looking woman in the room by everyone's standards and said in true Petro fashion,

Life is short and you're dead for a long time, as they say.

Posted by GenoPetro.House at 7:42 AM No comments:

Yeah...like I know how to fish. Besides, it's a cruel sport. Anyway, I'll be catching up on my writings soon. It's a long, long story and involves a move from a condo to a house that needs work, a new computer that's apparently lost in DHL limbo, and a non-english cable/broadband guy who has my finger and thumb prints around his neck. (The latter is my fault I suppose, for never picking up the Eastern European languages in my younger years. And I'm just kidding about the neck thing.) If I can find a way to curb the profanity I think I may have a few things to say once all the construction dust has settled.

G
Posted by GenoPetro.House at 11:33 AM No comments: 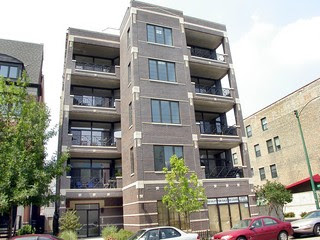 2000 SQUARE FEET OF LUXURY ON ONE LEVEL. THIS 3 BED 2 BATH HAS AN AWESOME OLD TOWN LOCATION IN AN INTIMATE ELEVATOR BUILDING. DESIGNER FINISHES ARE THROUGHOUT THIS HIGH FLOOR CONDO. GRANITE & STAINLESS KITCHEN, BOSCH DISHWASHER, CREST LIGHTING. GREAT CLOSET SPACE. WALK TO LAKE MICHIGAN, THE NEW SEDGWICK EL, PIPERS ALLEY, SECOND CITY, AND HISTORIC WELLS STREET. OVER SIZE GARAGE INCLUDED IN PRICE. SEE THE AIR SHOW OR MARATHON FROM YOUR FRONT BALCONY OR JUST RELAX AND WATCH THE WORLD GO BY. 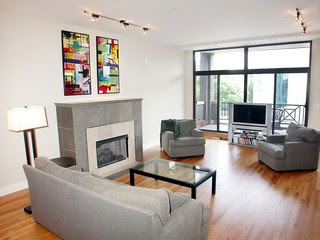 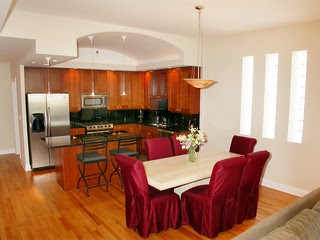 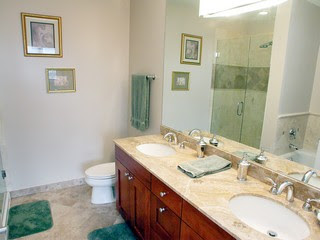 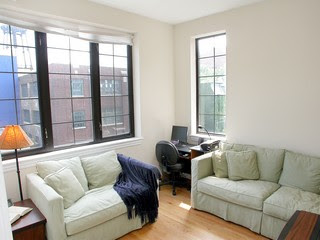